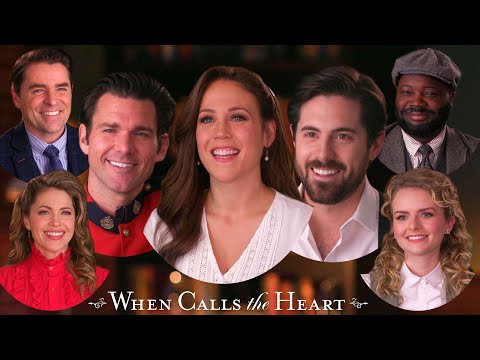 The cast of ‘When Calls the Heart’ opens up to ET’s Deidre Behar about love, careers and life in Hope Valley ahead of the season 9 premiere, airing March 6 at 8 p.m ET/PT on Hallmark Channel. Erin Krakow and Chris McNally explain how Elizabeth Thornton and Lucas Bouchard’s romance is moving forward while learning more about each other and their styles of communication. The actors tease if their characters will say ‘I love you’ to one another and explain how Elizabeth’s son, Jack, is bonding with Lucas. Kevin McGarry tells ET how his character, Mountie Nathan Grant, is picking up the pieces after experiencing heartbreak with Elizabeth. While Nathan is still hurt, McGarry assures ET that he’s on pleasant terms with the schoolteacher because he’s accepted that her happiness is with Lucas. Meanwhile, Nathan is focusing on his relationship with his daughter, Allie, and figuring out how to raise her as a single dad. McGarry also teases Nathan moving on and finding love with someone else in Hope Valley. Kavan Smith and Pascale Hutton get real about Rosemary and Lee Coulter’s journey to parenthood. Without giving the end result away, the actors assure ET that viewers will have answers about their future as parents by the end of season 9. Viv Leacock gives an update on Joseph Canfield and his family: Minnie Canfield, Cooper Canfield and Angela Canfield. Leacock says that Cooper, played by his real-life son, Elias Leacock, is acting out this season and going through a rebellious phrase. As for Angela, she’s maturing and seeking more independence, which proves to be difficult territory for her parents to balance. Andrea Brooks, who plays Dr. Faith Carter, is dealing with the aftermath of her split from Dr. Carson Shepherd in season 8, after he decided to pursue an opportunity far from home. Faith juggles the pressure of running the infirmary, all while trying to figure out life without Carson by her side at work and home.