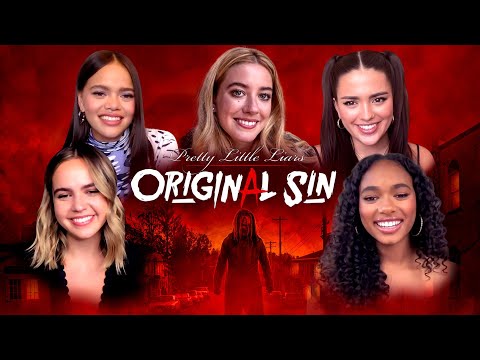 The ‘Pretty Little Liars: Original Sin’ cast is spilling the bloody truth! Bailee Madison, Chandler Kinney, Maia Reficco, Malia Pyles, Zaria and Mallory Bechtel open up to ET’s Deidre Behar about the upcoming season and what to expect. They share the actresses from the original ‘Pretty Little Liars’ series that they connected with prior to filming. They also tease ‘A’s identity and if we’ll discover who’s behind the mask by the end of season 1. When it comes to clues to look out for, each actress shares what fans must pay attention to if they want to get answers. Executive producers Roberto Aguirre-Sacasa and Lindsay Calhoon Bring react to speculation that original ‘PLL’ actors may pop up in cameos. They also caution viewers about just how many deaths will occur on-screen before the season finale! ‘Pretty Little Liars: Original Sin’ will debut July 28 on HBO Max with three episodes. Two new episodes will follow on Aug. 4 and 11, with the finale 3 episodes debuting Aug. 18.