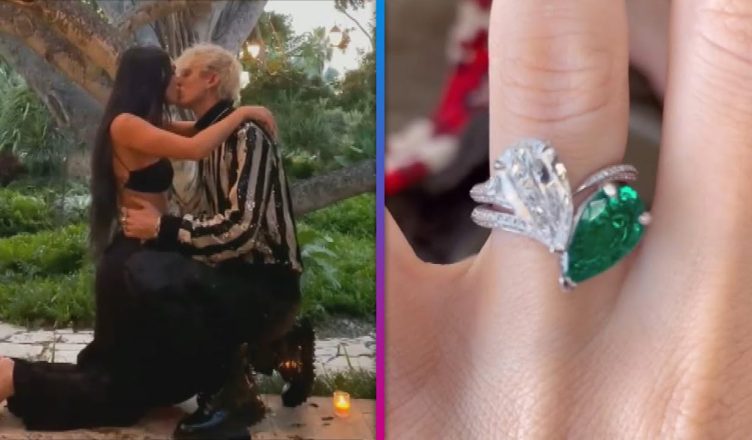 Megan Fox and Machine Gun Kelly are engaged! The actress shared a video of the proposal, which took place Tuesday, to Instagram. ‘Somehow a year and a half later, having walked through hell together, and having laughed more than I ever imagined possible, he asked me to marry him. And just as in every lifetime before this one, and as in every lifetime that will follow it, I said yes,’ Fox wrote in the caption. She later added, ‘…and then we drank each other’s blood.’