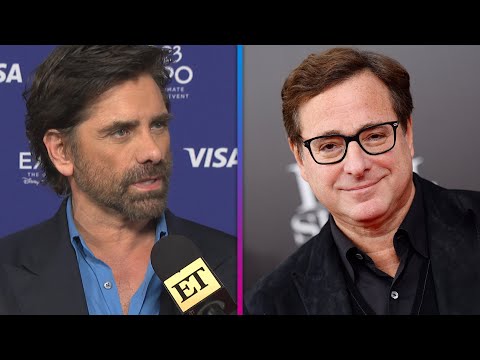 John Stamos reflects on ‘Full House’s 35-year anniversary while speaking with ET’s Will Marfuggi at the D23 Expo. Stamos explains how the show changed the landscape of television, and reflects on his close bond with the cast. He tells a story about the unexpected way Bob Saget’s presence was felt at Jodie Sweetin’s wedding, after the comedian died earlier this year. The actor also opens up about voicing Iron Man in ‘Marvel’s Spidey and His Amazing Friends.’ He says, he hopes the gig impresses his 4-year-old son, Billy.