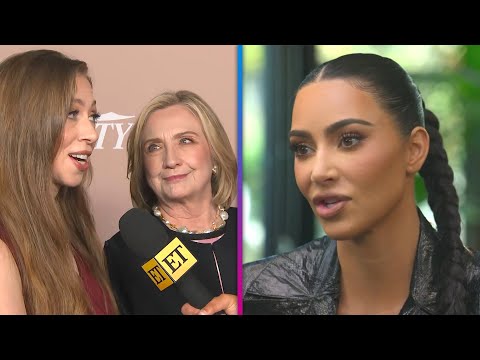 Hillary Clinton and daughter Chelsea open up to ET about Kim Kardashian’s appearance on their ‘Gutsy’ docu-series at ‘Variety’s Power of Women event. The mother-daughter duo reveals the guests on the show who surprised them most. Chelsea reveals if she plans to ever run for office, and praises her mom for being ‘such a good grandmother’ to her three kids. Hillary returns the compliment, and reacts to her daughter becoming a mom. Plus, Hillary sets the record straight on whether she’s a fan of the ‘Real Housewives.’