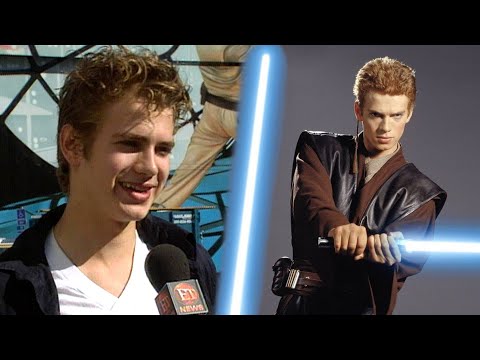 Hayden Christensen spoke with ET in 2000 just days after being cast as Anakin Skywalker in ‘Star Wars: Episode II – Attack of the Clones.’ In this rare interview, the young actor reacted to George Lucas tapping him to play teenage Darth Vader in the filmmaker’s galactic saga, and revealed the funny way his mom learned he nabbed the iconic role. Upon the movie’s release in 2002, Hayden shared behind-the-scenes stories with ET about his lightsaber training and acting with Natalie Portman. Lightspeed to 2022, he’s reuniting on screen with Ewan McGregor in ‘Obi-Wan Kenobi,’ premiering May 27 on Disney+. Plus, Hayden is donning the helmet yet again for Rosario Dawson’s TV series, ‘Ahsoka,’ which just kicked off production.