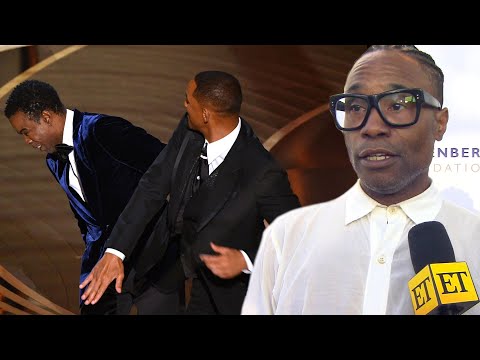 Billy Porter chats with ET’s Kevin Frazier at the grand opening of the Rhimes Performing Arts Center in Los Angeles, which also serves as the new home for the Debbie Allen Dance Academy. The ‘Pose’ star reacts to Will Smith’s decade-long ban from attending the Academy Awards, in response to the actor slapping Chris Rock onstage during the Oscars ceremony. Porter also sends his best wishes to newly engaged Jennifer Lopez and Ben Affleck. Plus, the Emmy winner shares a hilarious story about the time he wrote a letter to Allen requesting a role in ‘Fame.’